A customer hangs her painting 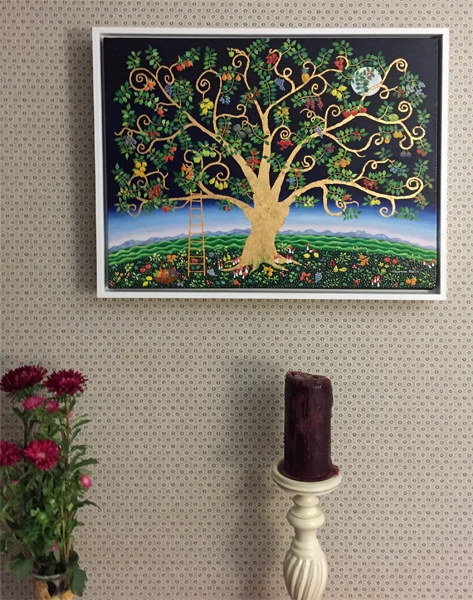 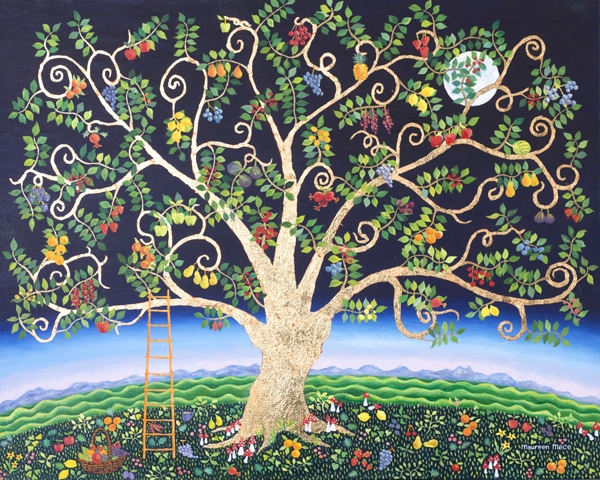 I recently sold my painting called Cornucopia. The lovely lady that bought it knew the place it should be, in her office. But her office is unfinished and is being used as a storeroom.

She said in an en email 'I am enjoying your picture so much. My husband wanted to share it, so it’s hanging in the sitting room, pulling all eyes toward it.' I am so pleased it has found an excellent place in her house.

The painting is called Cornucopia which derives from Latin in the early 16th Century and is a symbol of plenty usually consisting of a goat's horn overflowing with flowers, fruit or nuts.

In my version a tree with curly golden branches produces many different fruit. The foreground is packed with flowers and fungi and in the distance are rolling green hills and a mountain range.

A ladder leans against the tree and someone has been there to fill the basket....