Urban Sketchers are back 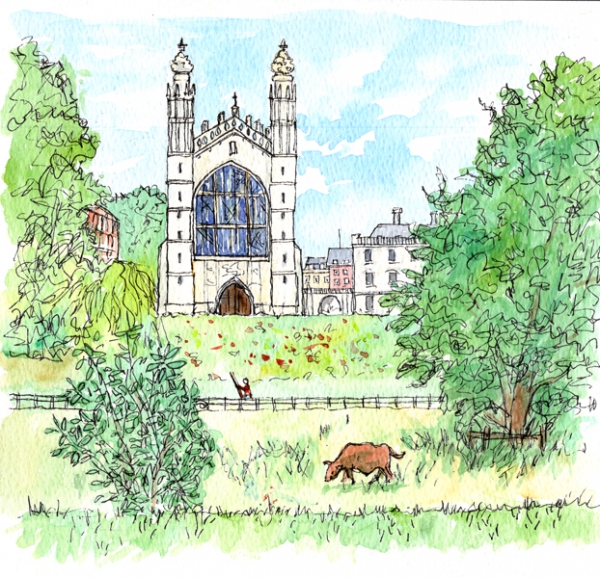 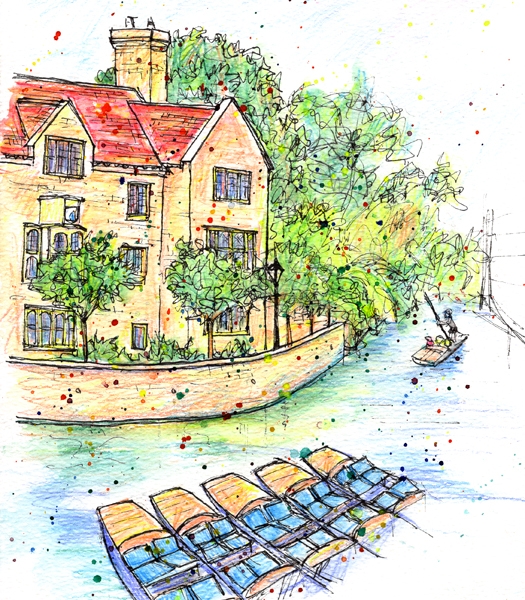 During the lockdown one thing I really missed were the sketchcrawls with USK Cambridge. They happened every month and I would go along whenever I was free.

We would meet at an pre-arranged time on a Saturday or Sunday and draw an area of Cambridge. Sometimes it was a street, sometimes it was inside, sometimes it was at a college and occasionally we went out of town. There was a regular core who would turn up and I like to think that they became a special set of friends, people with a passion for sketching out in the open whatever the weather - well maybe not snow but we usually had a plan B if the rain was set in.

Of course all that stopped with social distancing and not being able to meet people from other households etc.

A few weeks ago I tentatively asked if anyone wanted to join me sketching along the Backs. It was a Wednesday so I didn't expect many but 4 of us made it. A fortnight later another was arranged along a very pretty street but it poured and most people went home. But today 7 of us met at 10am time to draw along Bridge Street. It was so good to see everyone.

My two sketches are above, King's from the Backs - the most popular view of Cambridge and the second one is Quayside, just off Bridge Street where the punt touts were out and Cambridge almost seemed normal.