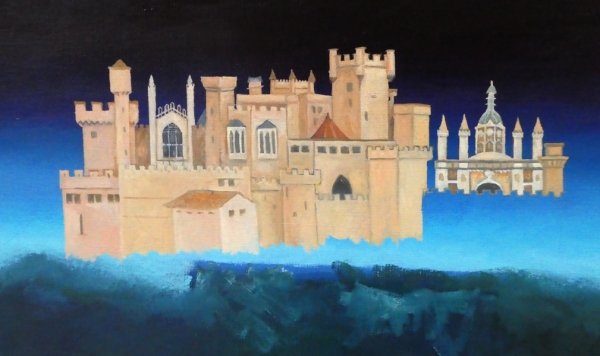 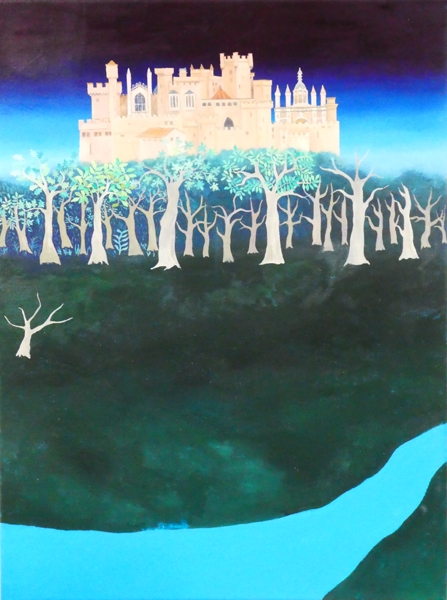 During the last Cambridge Open Studios I met a couple from the Basque area of Spain. They were really interested in my drawings from the Parker Library at Corpus Christi College here in Cambridge. They were fascinated by my sketch books and the resulting paintings and revisited during the last day to ask if they could commission a painting in my medieval style with elements of Basque mythology including the figures of Lamia and Basajaun.

After a few days we arranged a meeting and discussed the project. Being extremely busy with my son's wedding and an exhibition, they agreed that I could take my time and as the painting is very complicated with many overlays I suggested a time of one year to which they accepted. A short while afterwards the young man gave up his job with Arm and moved back to Spain to be with his girlfriend. So now everything is done by email!

After a fairly detailed rough draft and preparing the canvas I painted the first layers and added the hybrid Basque castle with King's College, shown above. The next stage was adding the forest. It was now December 2018.