Along Your Street exhibition 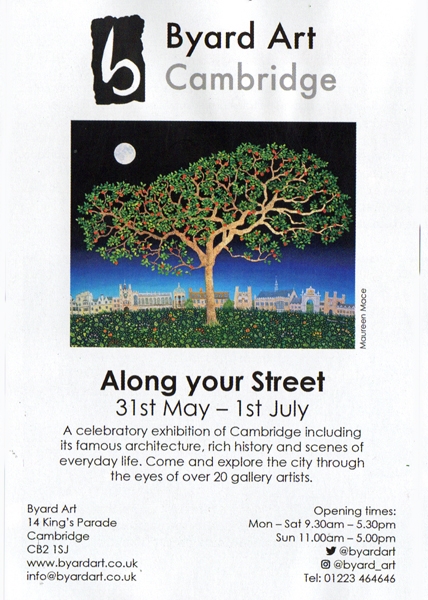 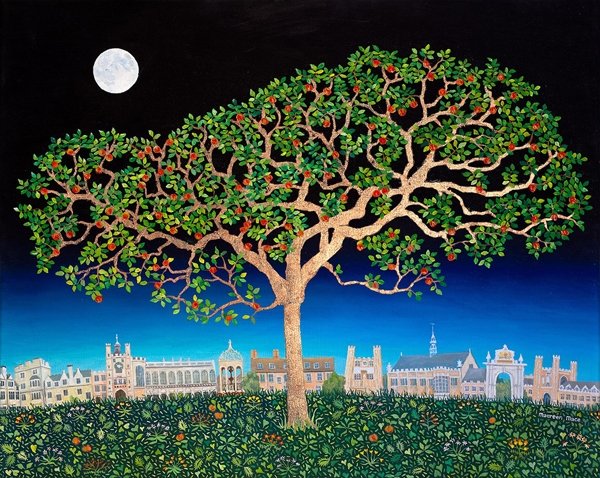 The 'Along your Street' exhibition at Byard Art started yesterday and finishes on 1st July.

Today I saw an ad for the show in a local magazine and was delighted to see my painting of Newton's Apple Tree featured. The painting itself has already been sold and will soon be hanging on a wall in New York. Wow, I really am feeling so excited.

The painting depicts the tree outside Trinity College. The tree may be a descendant of the apple tree which grew in Isaac Newton's mother's garden where he worked on the Theory of Gravity after an apple landed on his head.... or it may be just a fantasy. The buildings around are snippets of Trinity College.

If you would like to see the exhibition the gallery is on King's Parade in Cambridge.